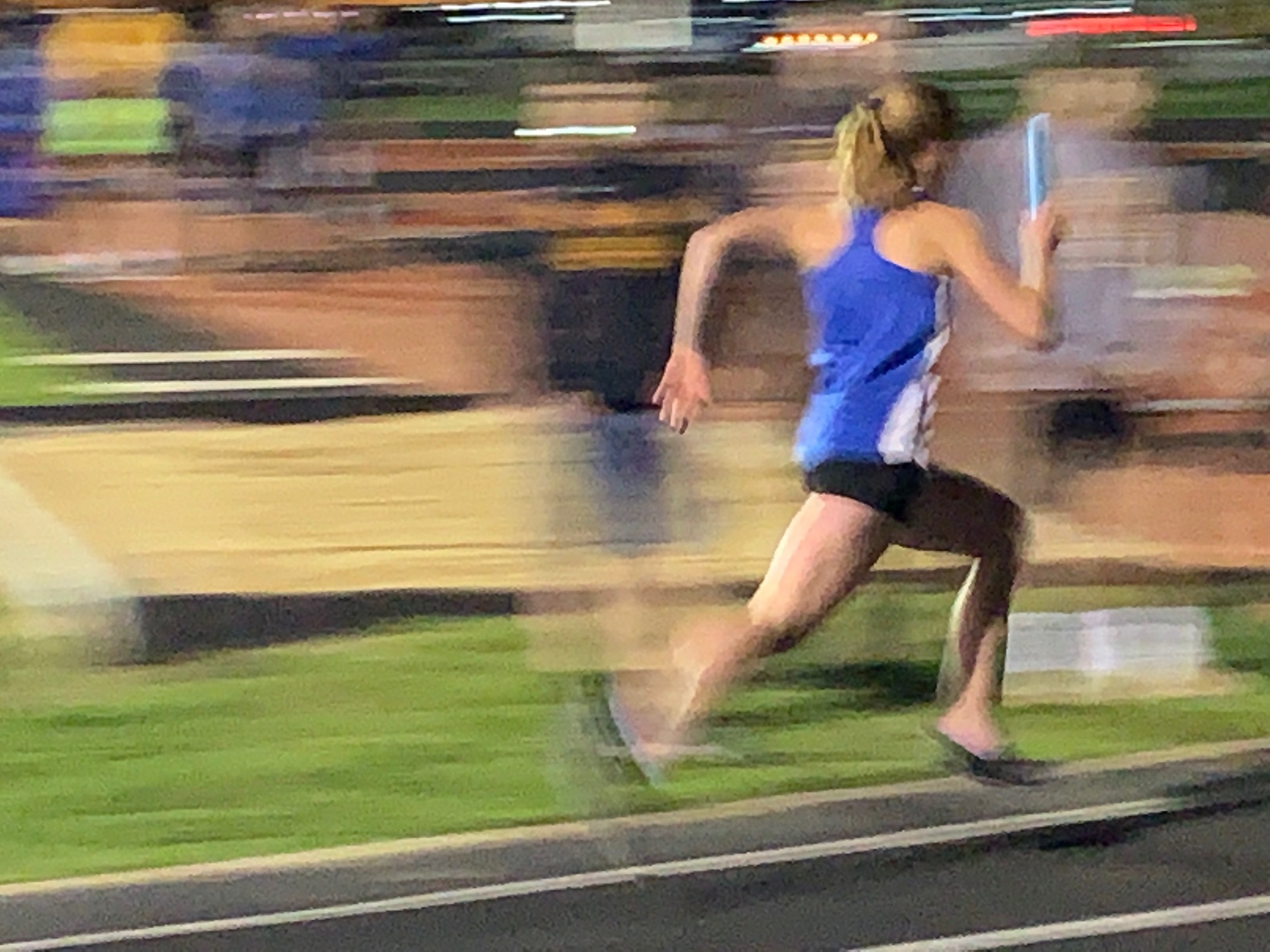 The SIAC Prelims were cancelled due to rain Thursday night, so a full 16-event SIAC tournament will be on display Friday, May 3 at Central Stadium as the Memorial Girls’ Track & Field team prepare to defend their SIAC Championship title against 7 other area teams.

In the 2018 SIAC Tournament, the Memorial Girls’ scored 161 points to a first place 54 points ahead of the next closest team (Evansville North). Much to the chagrin of the other 7 schools, Memorial’s 2019 team may be even stronger.

The featured image is Memorial’s star distance runner Allison Mophew, but it may be more poetic to view this picture blurred by pure speed as any one of Memorials student-athletes. As Morphew runs out of the picture frame, so goes the rest of the team recognizing that the season ends for everyone after the State Tournament on May 31.

This time next month, Memorial will send off over a dozen talented Seniors including 2017 800m State Runner-Up Claire Sievern, and 3-event State competitor Ellen Hayhurst. These two team Captains set a fast pace and set the expectations bar high for their themselves and their teammates in practice and at meets.

Sievern and Hayhurst will go on to run at Xavier and Marian respectively, but for most Seniors, their new starting line will be as a Freshman (again), racing toward a much different finish line. As a Memorial teacher and coach, I can only hope that my time with these student-athletes will help them overcome whatever new hurdles they face and benefit them as they chase altogether different goals outside of high school.

As for the Tigers returning for the 2020 season, Memorial’s talent runs deep so expectations will remain high. Allison Morphew’s quiet leadership as a Senior will probably be similar to Sievern and Hayhurst, and other underclassman will certainly step up. Soon-to-be Juniors Ellie Moran and throw champion MaKaylee Lindauer for example. Even today’s Freshman stars like Audrey Weyer and distance phenom Jacqueline Brasseale will lead their older teammates and well as the new Freshman class.

Friday night the SIAC tournament will begin as Central Stadium. Come support all the Memorial Tigers as the team begins their last month on the track & field. I encourage everyone to stay to the end of the meet as the Memorial Tigers attempt to break their own SIAC record in the 4×400 Relay showcasing Mallory Whittmer, Allison Morphew, Ellen Hayhurst, and -current record holder- Claire Sievern.