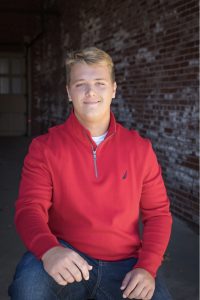 Austin Jones, Reitz Memorial Class of 2020, has committed to play Football for Marian University in Indianapolis, IN.

At Memorial, Jones has produced quite a list of stats and highlights for himself as he played offensive line and defensive line. Austin is 6’3” and 265lbs, making himself known. He was a three-year starter on offense and a two-year player on the defensive line, and is one of the best two-way tackles in all of Class 4A and Southwestern Indiana.

Austin’s 2019 season stats & highlights include: 43 tackles, 9.5 tackles for loss, 2.5 quarterback sacks, 1 interception and had at least one tackle in every contest. His accomplishments continue with State Final stats & highlights of three-year State Final starter, two-time Champion, and in 2018, during the 3A State Championship game, Austin was the primary offensive blocker against now Purdue Freshman Defensive End, George Karlaftis.

He will sign his National Letter of Intent on February 6, 2020 at 3:00 PM on the first floor of Reitz Memorial High School (outside of the cafeteria)